To both inspire and inform their students about Black History Month, various teachers around the country are decorating their classroom doors — but they’re taking their decorations to the next level.

The paper and fabric-based designs are larger-than-life, depicting faces of famous black figures throughout history and boasting vibrant colors. One teacher created a door dedicated to Ruby Bridges, the first African-American student to desegregate an all-white school district in 1960, with the message: “We are brave like Ruby.”

Here are a few of the most awe-inspiring doors shared on Instagram and Twitter for this year’s Black History Month.

She titled it Black History Month, and the art club at her school helped her create the character’s lifelike hair.

In her photo’s caption, Instagram user isapartycreations says she always kicks off Black History Month by sharing Ruby Bridges’ story, and asks her students to write about bravery.

Bridges was the first African-American student to integrate an all-white elementary school in New Orleans, Louisiana, when she was only 6 years old in 1960. She has since become a civil rights activist and speaker.

A New Jersey teacher did a “guess who” door, challenging students to see if they could figure out whose portrait this was

Spoiler: It’s the face of Kenya Moore Daly, the second black woman to be crowned Miss USA in 1993.

Other teachers used collages, vibrant colors, and inspirational quotes for their doors

The quote “Who are you not to be?” can be found in the background of this door decoration, toward the left side.

The question is from a poem by Marianne Williamson called “Our Deepest Fear,” in which she writes, “We ask ourselves/Who am I to be brilliant, gorgeous, talented, fabulous?/Actually, who are you not to be?”

Special education teacher Hollie Tubbs teaches in Bedford-Stuyvesant, Brooklyn, and made waves after creating this larger-than-life door for Black History Month. Its design was purposefully layered and tactile, so that her autistic students could interact with the display.

Tubbs told the New York Daily News, “I wanted it to be a black woman’s face. I wanted her to pay homage to all the other African-Americans who were successful in their own right in various fields.”

The project took her over five hours. People were in awe of the realistic portrait, and it has since racked up nearly 90,000 likes on Twitter.

And this teacher recreated her school photo from eighth grade, showing her students that they can be their own inspiration

She wrote in her caption: “My 8yr old self is the person I admire the most … at such a young age I knew my trials and tribulations were only temporary and here I am today! One day I hope I’ll get a call from one of my students expressing how I inspired them!” 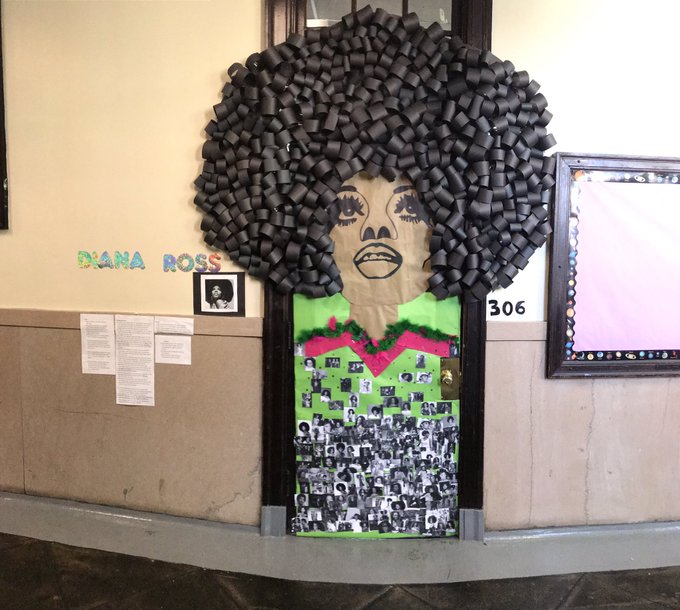 Students of Color Need to See More Teachers of Color. That Shouldn’t Be Controversial.

22 Black History Month Events in the UK this October

Sunday, June 20th is Father’s Day. To help you celebrate that special father or father figure, we’ve compiled a list of some…

Black Owned Plus Size Brands You Should Know

A study published in the International Journal of Fashion Design, Technology and Education, suggests that “the average woman now wears between a…

Based on the response to our last few articles about gun ownership and firearms training, it’s clear that there’s a large demand…

Juneteenth is the oldest nationally celebrated commemoration of the ending of slavery in the United States. Juneteenth is also time for rejoicing…

Students of Color Need to See More Teachers of Color. That Shouldn’t Be Controversial.

According to the USA Swimming Foundation, 64% of African American children, 45% of Hispanic/Latino children, and…

Sunday, June 20th is Father’s Day. To help you celebrate that special father or father figure,…

Juneteenth is the oldest nationally celebrated commemoration of the ending of slavery in the United States.…