Abby Dione became the first Black woman in the US to own an indoor rock climbing gym when she purchasedCoral Cliffs Rock Climbing Center in 2011. Here’s why that matters.

Dione registers at a petite 5’3”. She has smooth brown skin and close cropped hair and her wiry frame and calm voice command attention. She’s an energizing presence at Coral Cliffs whether she’s coaching the Youth Coral Cliffs Climbing Team or interacting with regulars who frequent the gym. She also represents the changing face of climbing: a sport that is becoming more diverse and increasingly mainstream. Dione is busy creating experiences for young climbers both indoors and outdoors at the crag. She’s cultivating a passion for climbing and bridging the gap between climbing counterculture and new climbing communities. 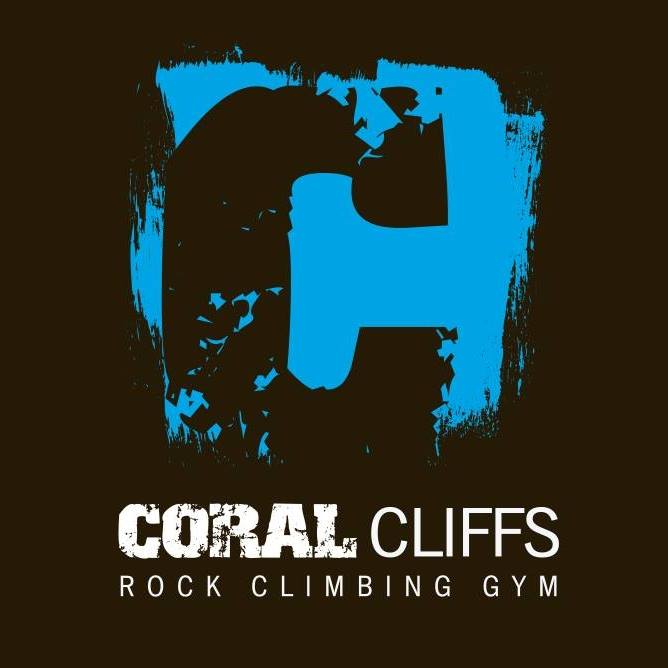 Climbing is currently experiencing a tremendous surge in popularity across the United States. A 2017 New York Times article, A Boom in Rock Climbing, Minus the Rocks, talks about the challenge owners face of “selling a lifestyle.” Climbing gyms initially started out in garages as a place for outdoor rock climbers to get stronger. Decades later, the transition from very small spaces to mega gyms leaves local gym owners like Dione searching for a third way: how to share an experience and build a community while instilling the “ethics and spirit behind climbing.” 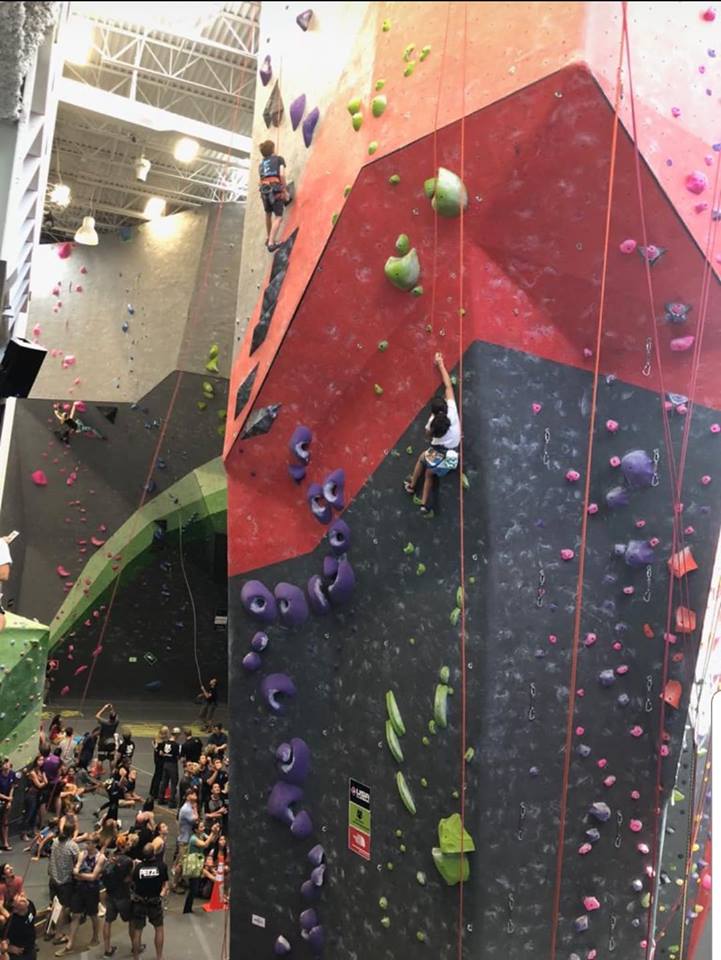 Dione laments that climbing basics like “the simple idea of having a mentor” have been abandoned as climbing gyms professionalize and add amenities to meet a new type of demand. In her view, new climbers need more than simple instruction on climbing gym equipment. They require coaching and mentorship as well as knowledge of climbing history to give them a sense of ownership of their sport. And of course they need to see friendly, familiar faces at the gym. Not everyone shares this approach. Dione’s concern is that if instruction stops at “clip in and hold the rope” instead of explaining that climbing is a series of friction systems, information is being omitted. [She] can see where someone may have an easier time walking into a gym. But how do they get better?” 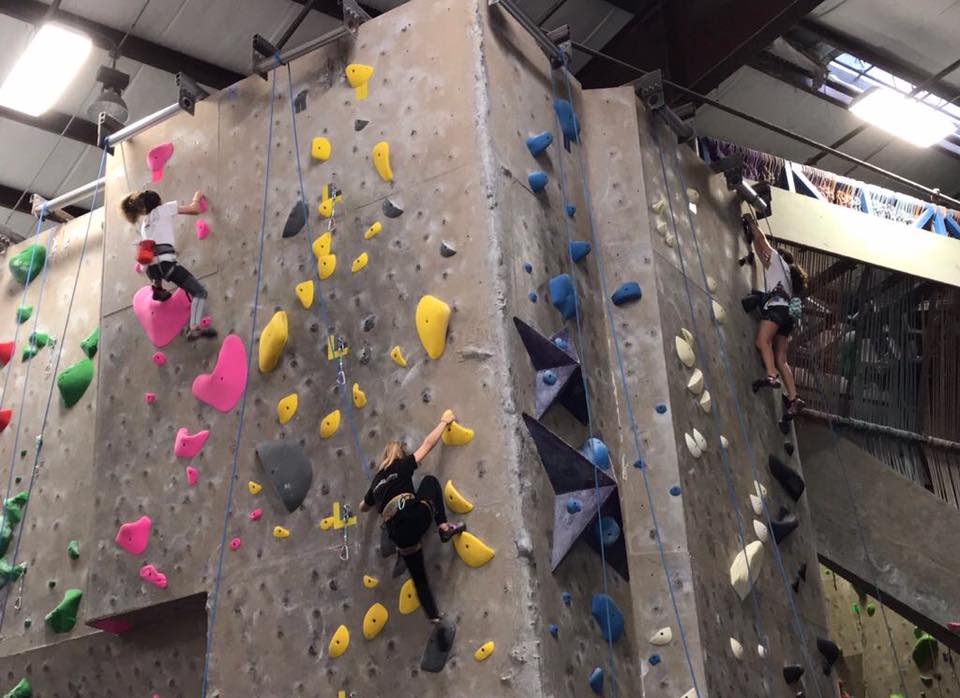 Dione’s focus is on developing climbers who have the skills they need to safely enjoy the sport both indoors and outdoors. Along the way she’s challenging assumptions and stereotypes without dwelling on them. She reflects on the subtle ways that having to prove yourself as a woman climber continues; even after acquiring experience and sending challenging projects. Sometimes those moments were not so subtle for a Black woman climber: “I’ve been climbing long enough to remember when people would ask me if I was lost.”

Climbing is also experiencing a moment of broadening efforts to diversify the outdoors. They’re being led at the grassroots level by organizations like Brooklyn Boulder’s based Brothers of Climbing, Touchstone Climbing affiliated The Brown Ascenders and national organizations like Brown Girls Climb. There are also corporate efforts like the North Face’s Walls Are For Climbing campaign. In between grassroots and corporate, organizations like the Alpine Ascents affiliated Climbers of Color are focused on education and outdoor leadership for the next generation of mountaineering guides.

So where does Dione see herself as both a climbing gym owner and Woman of Color? Her answer is this: “creating opportunities for people to meet and experience how powerful climbing could be. And doing it in a safe and fun environment.” Last October 2017 that meant coaching an introductory bouldering class at the first ever diversity in climbing festival, Color the Crag. She described it as “a cool opportunity to instruct and mentor. I know a lot about climbing. I’m still learning but I’ve also had the wonderful opportunity and gift to teach and share it with people.” Dione’s approach is to produce safe, confident climbers who have an appreciation for the sport and its counterculture roots. And who have the option to climb outside or indoors, whatever they decide.

In twelve years of climbing her entire approach to the sport has changed a lot. As a newcomer she was more focused on “ego driven projects” and peak bagging which she described as “anxiety inducing.” There was a lot of pressure to “send,” a climber’s term for successfully completing a named climbing route. Her focus isn’t on climbing projects—not anymore. Right now she’s interested in “increasing overall strength and power, finger strength, and flexibility. Climbing is either pushing, pulling or hanging, and I’m more interested in doing incremental growth in each one of these areas.” 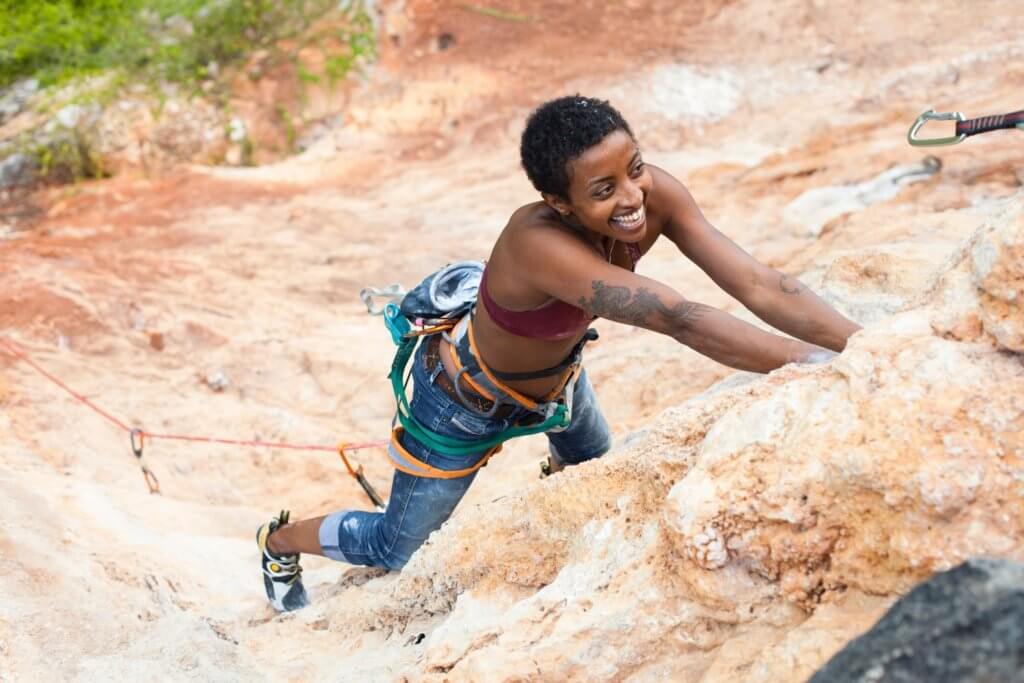 That makes a lot of sense for a climbing gym owner and climbing coach. Dione trains everything from finger strength to core strength to maximum pull and push before jumping on something at her limit to see how it feels. Instead of training goals and upcoming climbs she talks about “trying to hack my climbing growth with curiosity and playfulness.” 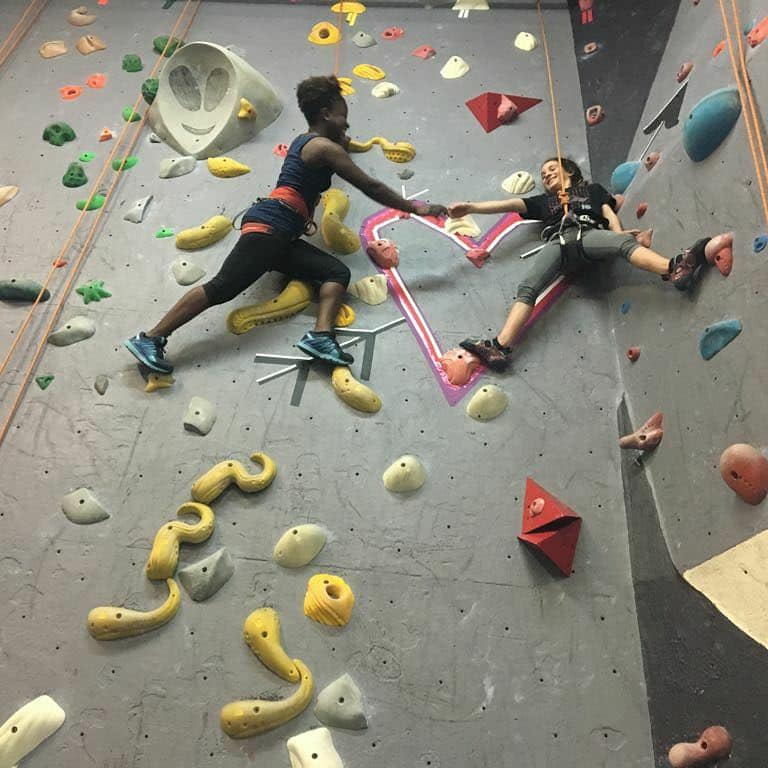 Dione frames her thoughts on climbing in the context of twelve years of lessons learned. It’s great advice for anyone who’s enjoyed a sport or outdoor activity for so long that it starts to lose its luster. How do you get the edge back? Dione had this to share: “When you start doing something long enough you arrive at a certain physical aptitude for recreational activity where you realize that your mind is where you get the most growth. Your mind is the limiting factor.” So that’s one area where she chooses to focus her efforts.

So if climbing isn’t about getting really strong and sending challenging projects, what is it about? Dione believes the sport has a lot to offer; especially for young people. Her “hope is that they don’t limit themselves by chasing numbers or by looking around to see who is doing what?” So what’s the secret to keeping kids excited about the sport? For Dione, it’s a mixture of passion and humility as well as not doing too much too fast. Climbing grades are super subjective; what you climb in the gym is great but outside is different and “the sooner people realize that stuff doesn’t matter, the better.”

Coral Cliffs is located at 3400 Southwest 26th Terrace, A4, Ft. Lauderdale, FL 33312. Visit them on Facebook or Instagram to learn more.

Dr. Joe Taylor and Dr. Karina Sharpe-Taylor are the owners of Renewed Wellness,  where their primary focus

When next you’re in town, check out these Black owned restaurants in Florida. Even if you

In the days of segregation, African-Americans owned a network of businesses on Gainesville’s south side to

“Black Designer Spotlight” is a segment that will focus on up and
During her 20 years in the U.S. Army, Natasha Stanford jumped out
Oakland, CA based designer, Rashima Sonson is the owner of SONSON®, a
According to Orion Brown, Black travelers have few, if any places they
Ayesha Selden is a self made millionaire who has amassed a real
Go to Top

Dr. Joe Taylor and Dr. Karina Sharpe-Taylor are the owners

When next you’re in town, check out these Black owned