While working as a specialist in Interventional Radiology, Brian Mohika would hear consistent complaints from patients who had drains placed inside of their organs. These patients would complain about irritated skin from leg straps constantly sliding up and down their legs.

To eliminate this movement, they would overtighten their leg straps, which in turn would reduce blood flood to their leg, further complicating an already bad situation. Patients also complained about inadvertently dislodging tubes while trying to undress or go to the restroom. In many instances, this would lead to a trip back to the hospital for another placement procedure. 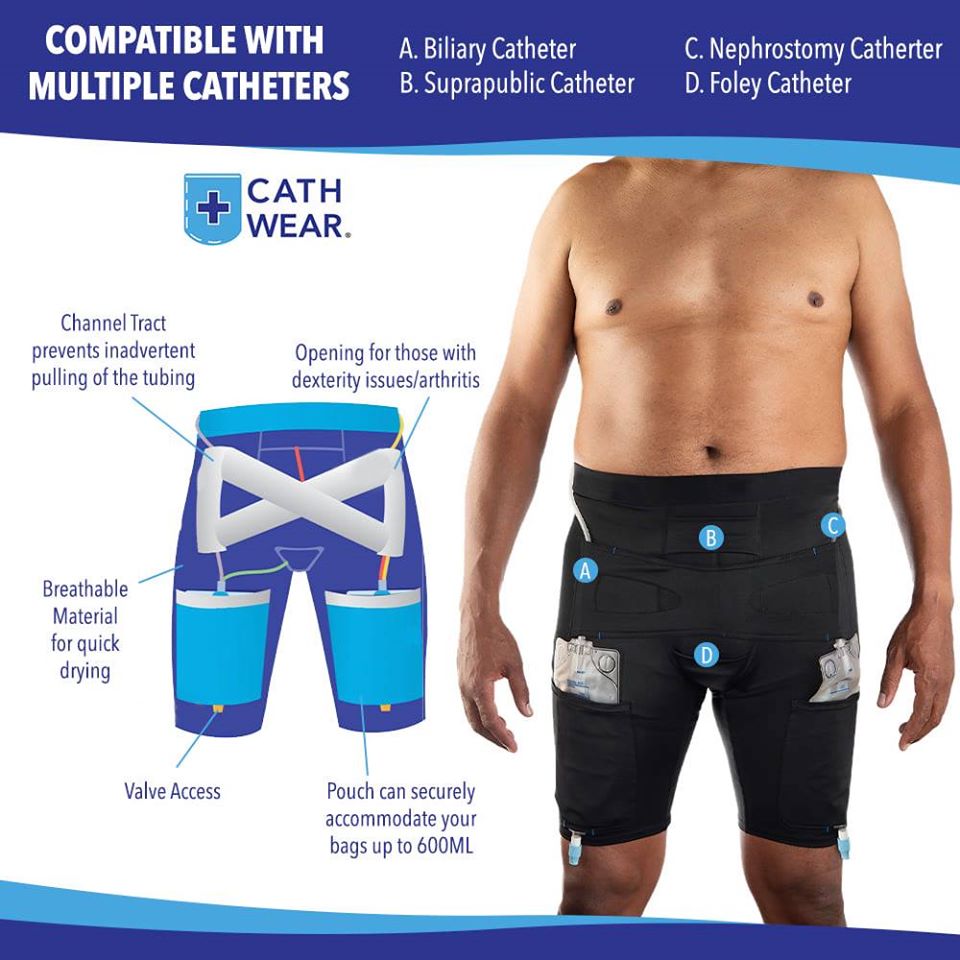 In addition to the myriad of medical complications associated with standard leg straps, patients complained of the daily stress associated with choosing clothing that properly conceals their leg bags. Something as simple as wearing summer clothes such as shorts or dresses is simply not an option for many patients.

One day, Brian walked into a procedure room and saw at a patient who had his pants down. The patient had a bag safety-pinned to his underwear. It was at this moment when Brian was inspired to create CathWear. He went home and drew the design. He then purchased a pair of underwear, some supplies and had someone build the prototype  with his guidance.

Once complete, he applied for a patent. The patent was granted on July 16, 2013.

During the lengthy process of finding the right manufacturer, CathWear was able to register with the FDA, own their own Medicare code (which allows doctors to write a script for CathWear), and register as a Certified Veteran owned company.

Dr. Joe Taylor and Dr. Karina Sharpe-Taylor are the owners of Renewed Wellness,  where their primary focus

Regular yoga practice has been shown to have tremendous physical, mental and spiritual health benefits. We’ve

John Amanam is a 32 year old creative sculptor and

Dr. Joe Taylor and Dr. Karina Sharpe-Taylor are the owners