The generous charitable initiatives established by three-time Grammy Award winner Wyclef Jean, in his native Haiti and other developing countries in Africa, are a significant part of his legacy.

Jean hopes to see these regions continue to thrive and, more recently, has turned his attention to the fast-growing music genre of Afrobeats, which has had a burst of commercial success globally, in 2018 and 2019. Forbes spoke with Wyclef Jean about his newest venture Carnival World Music Group, which has just raised an impressive $25 million in capital funding.

The group seeks to democratize the global music marketplace for songwriters and producers in developing regions, whilst contributing to further empower dynamic women-owned businesses in the music industry.

Jean, 50, is a Haitian native who migrated to the U.S. at the age of 9. He was always aware of his African heritage, calling Haitians “the Nigerians of the Caribbean” and Jean, in his own words, is “almost 100% Nigerian,” confirmed by a DNA ancestry test. His music has always been influenced by his Haitian and African roots and, in 2004, Jean made his first trip to Africa to perform with music legend Fela Kuti’s son Femi Kuti. 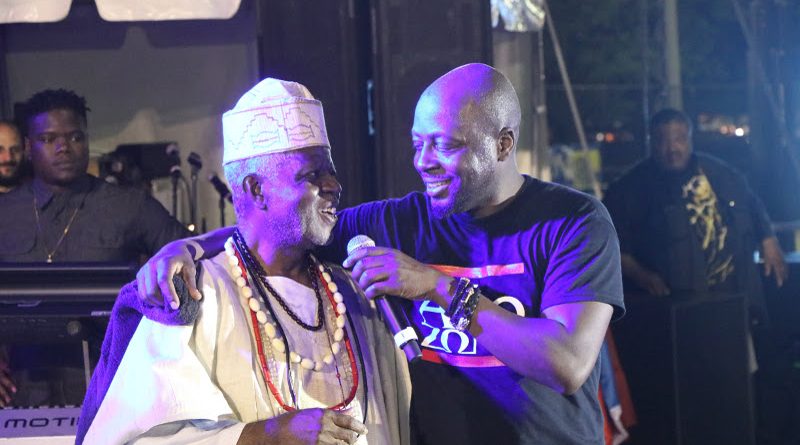 Jean had released a song titled “Diallo” in memory of Amadou Diallo, a 23-year-old Guinean immigrant who was shot 19 times by four New York City policemen in 1999.

The song did not get much play in the US, however on arrival to Lagos, Nigeria, he was overwhelmed by the sea of fans waiting by the plane holding signs that read “Diallo, Diallo.” The song had deeply resonated with his fans in Africa.

This experience sparked a love affair with the continent and during this trip, he spent time with a number of Nigerian recording artists such as D’Banj and 2Face Idibia. “Whether it was Haiti or Africa, there was something that connected me to the vibe” Jean recalls. To date, he has travelled into to Africa over 75 times, visiting countries across the continent, absorbing music and culture and working with local talent.

Jean feels that, although it’s taken some time for the Afrobeats genre to travel across to the U.S., “like all good things, creating a form of music from its roots takes time” and believes “you can’t talk about Western popular culture today without talking about Africa; from the dance styles to the music, African inspiration is there.”

Carnival World Music Group aims to ensure that artists in developing countries have publishing and distribution support they need. Jean states: “the demand for music from Africa and other developing regions is growing and these creatives deserve to be part of the international marketplace.

There is a need for them to have open access to global publishing and distribution options that protect their rights and ensure that they are fairly paid. This initiative not only introduces and launches new talent but helps creatives around the world thrive in their careers.” 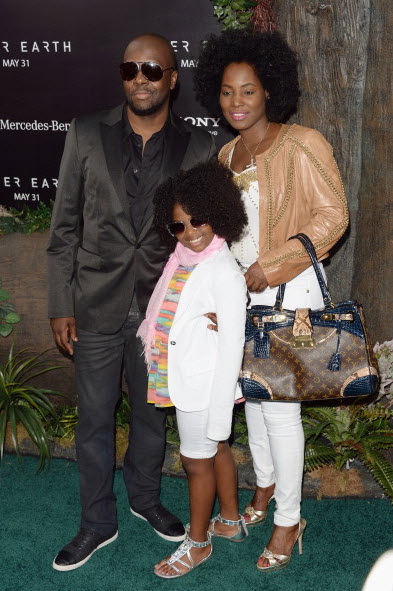 In order to make this a success, he has partnered with Sound Royalties. Founded by CEO Alex Heiche, Sound Royalties is a speciality finance firm that helps music professionals fund personal and professional projects without ever taking ownership of their copyrights, empowering creatives to choose from a variety of flexible pricing options.

Jean and Heiche had known each other for some time, however it was during a studio session where Jean shared his unreleased song produced with Afrobeats artist Kizz Daniel, that the idea was sparked. Heiche loved the song and the pair brainstormed ways in which they could share this sound and others to a global audience. Thus, collaborating with Sound Royalties was a “perfect marriage” and aligned with Jean’s mission to support upcoming artists financially.

The distribution and publishing for Carnival World Music Group will be handled by Heads Music. Founded by Madeline Nelson, former Sony senior vice president of A&R/artist relations, Heads Music is an independent music company based in New York fully staffed by women, with services including management, record label, publishing and music distribution, in addition to tour production and brand strategy.

Jean met Nelson whilst making a return to music. There was a lot of buzz around Nelson and Heads Music at the time and Jean, who was in the middle of negotiating a major commercial deal, wanted to have her manage the negotiations.

He tracked her down and she successfully executed the deal. From this, they formed a partnership, as “Madeline [Nelson] is like a ‘soccer mom’ to many of the artists that she works with, genuinely taking an interest in their well-being and always being the first person to pick up the phone if something goes wrong” Jean says. This is the type of representation and support he wants for the up-and-coming artists who are signed to the label, as they navigate the global market.

Now armed with $25 million in capital investment, Carnival World Music Group is looking for “the next Burna Boy or Wizkid” and will be launching a number of initiatives this year, in their search to do just that.

Naturade partners Kareem Cook and Claude Tellis, want to bring the plant-based revolution to those who

Lincoln Haggart-Ives is about to do something many musicians have only dreamed of. The thirteen year

We can all name several RnB or Gospel singers, but what about the Black opera singers!?

Due to the Corona virus outbreak, many of us are now, more than ever, determined to sanitizing our surroundings and … More

Black consumers account for a disproportionate amount of product sales in a number of consumer goods categories. One of these … More

On Saturday, March 28, 2020, the U.S. Department of Homeland Security Cybersecurity
As social distancing measures keep people home, independent Black owned bookstores are
The Coronavirus Aid, Relief, and Economic Security Act, commonly known as the
The 2020 Essence Festival is being postponed and moved “closer to the
The Coronavirus pandemic’s impact on architecture still isn’t totally clear. Some construction
Go to Top

Lincoln Haggart-Ives is about to do something many musicians have