Some 120 boxes of archived notebooks, screenplays, fliers, and photography from the collection of hip-hop legend Fred “Fab 5 Freddy” Brathwaite are headed to the New York Public Library’s Schomburg Center for Research in Black Culture in Harlem. 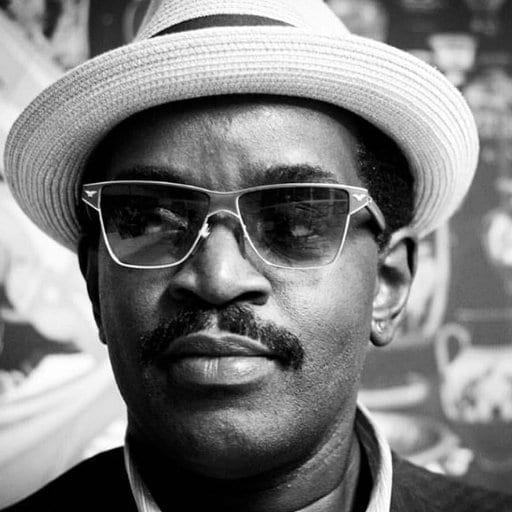 More than half the materials in the archive are audio and video, though also included in the acquisition are photographs by Brathwaite—candid snapshots of rap icons such as Notorious B.I.G., Snoop Dogg, Dr. Dre, and P. Diddy.

Fred “Fab 5 Freddy” Brathwaite is a rapper, producer, and filmmaker who emerged in New York’s downtown scene during the 1970’s and early 1980’s. He went on to be the host of MTV’s popular music program, Yo! MTV Raps.

In a statement, Brathwaite said, “Growing up in Bed-Stuy [in] Brooklyn, our home was full of books and periodicals, as my dad was a ferocious reader.” He recalled visiting the Schomburg at his father’s suggestion. There, he came across “books by and about people like Marcus Garvey, Malcolm X, James Baldwin, J.A. Rogers, and one of my favorites as a kid, a book called Harlem on My Mind, filled with photos and stories on the history of Black Americans living in Harlem.”

Highlights from his collection include VHS recordings of rap music videos, three screenplays, and countless handwritten notes of ideas. Brathwaite continued, “Knowing my archive will be at the Schomburg, now and forever, is both gratifying and very humbling.”

54kibo is the premier luxury digital home décor retailer for interior design professionals and consumers. The

The home decor market is growing at a steady pace. This is partly due to a relatively strong real estate … More

Once it launches this summer, Social Tykes will be Detroit’s first co-working play space for mothers and families. The 1,700-square-foot … More

Historically, there have been almost no Black businesses involved in the beer industry. Now, times are changing, and several Black … More

What You Should Know About Loan Forgiveness under The CARES Act

The Coronavirus Aid, Relief, and Economic Security Act, commonly known as the “CARES Act” (the “Act”) was signed by President … More

On Saturday, March 28, 2020, the U.S. Department of Homeland Security Cybersecurity
As social distancing measures keep people home, independent Black owned bookstores are
The Coronavirus Aid, Relief, and Economic Security Act, commonly known as the
The 2020 Essence Festival is being postponed and moved “closer to the
The Coronavirus pandemic’s impact on architecture still isn’t totally clear. Some construction
Go to Top

54kibo is the premier luxury digital home décor retailer for

The National Museum of African American History and Culture will