This year marks the 30th anniversary of Black History Month in the UK. As usual, there are several amazing events going on through October and beyond. Here are just a few:

Lost Legends is an exhibition that celebrates the contributions of Leicester’s African and African Caribbean community to the cultural heritage of the UK over the last three decades. (Ends Tuesday 31 October)

Black Skin White Mask – Exploring the life and work of the psychoanalytic theorist and activist Frantz Fanon, the Martinican-born, Paris-educated author, intellectual and activist. With his interest in violence, Black identity and psychiatry, tracing Fanon’s involvement in the anti-colonial struggle in Algeria and throughout the world. (October 18th)

Join Dr. Boyce Watkins as he visits London in his mission to empower black people through the method of teaching financial literacy. Dr. Boyce will be at the historical venue “The Rock Tower” (from October 13th to the 14th)

Soul of a Nation: Art in the Age of Black Power – The show opens in 1963 at the height of the Civil Rights movement and its dreams of integration. Artists responded to these times by provoking, confronting, and confounding expectations. Their momentum makes for an electrifying visual journey.  (Until October 22nd)

Black Sound – Black Sound tells the story of 100 years of musical creativity and DIY ingenuity. Black British music has migrated from the margins to re-master the mainstream. This exhibition celebrates the pioneers that made it happen – the players, the promoters, the producers and the punters that changed Britain’s cultural history. (Until November 4th)

Africa on the Square – This popular event continues to grow with over 25,000 attending last year as it celebrates African arts and culture. You can expect another fantastic line-up of entertainment including live music, dancing and a talent show. Plus an African market, food stalls, fashion show and lots of fun stuff for kids. (October 14th)

The UK Black Business Show – The show will highlight the achievements and contributions black businesses have made to the economy. Attendees will gain cutting-edge insight and advice in entrepreneurship, leadership, soft skills and cultural development from some of the UK’s leading black business owners.

Three Days… a Queen, a Prince and a ‘King’ – A display celebrating 40 years since World Heavyweight Boxing Champion Muhammad Ali visited South Shields, featuring images and objects from his visit. (Until December 16th)

Lubaina Himid: Meticulous Observations and Naming the Money features works selected by Lubaina from the Arts Council Collection, alongside 20 figures from her major installation Naming the Money.

The full installation Naming the Money was gifted by the artist to the International Slavery Museum. It addresses how Europe’s wealthy classes spent their money and flaunted their power in the 18th and 19th centuries, by using enslaved African men and women. (Until March 2018)

Ink and Blood –  a curator-led tour of our fascinating exhibition Ink and blood: stories of abolition, which brings together iconic documents and rare objects to explore the stories of those affected by abolition (the ending of slavery) and later freedom. (October 19th) 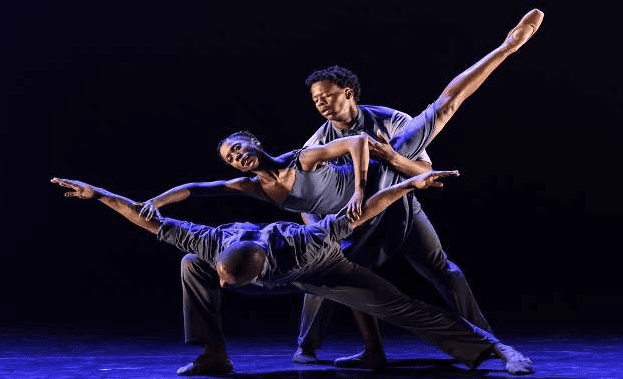 Check out the other BHM @30 events at blackhistorymonth.org.uk

To both inspire and inform their students about Black History Month, various teachers around the country

Pat McGrath Labs, the eponymous cosmetics company launched by the legendary makeup artist back in 2016, has just

To both inspire and inform their students about Black History