He began raising the funds six months ago through his nonprofit Social Works. The organization has been collecting donations for Chicago Public Schools since it was formed last year.

Each school will receive $100,000 over the next three years, with budgeting and staffing guidance provided by CPS and Ingenuity. Funds will be held by the Children First Fund and principals will submit requests for purchases through the nonprofit organization.

Chance, a “parent and proud product of CPS,” said he is committed to helping Chicago children have quality learning experiences “that include the arts.”

“Over the past month, I’ve crisscrossed the city, from Chatham to Chinatown, Humboldt Park to Hyde Park, visiting students and one thing is clear: if we invest in Chicago’s children, we’ll change the world,” the award-winning rapper said in a press release.

In March, the rapper, born and raised in Chatham, donated $1 million to the Chicago Public Schools for arts education. 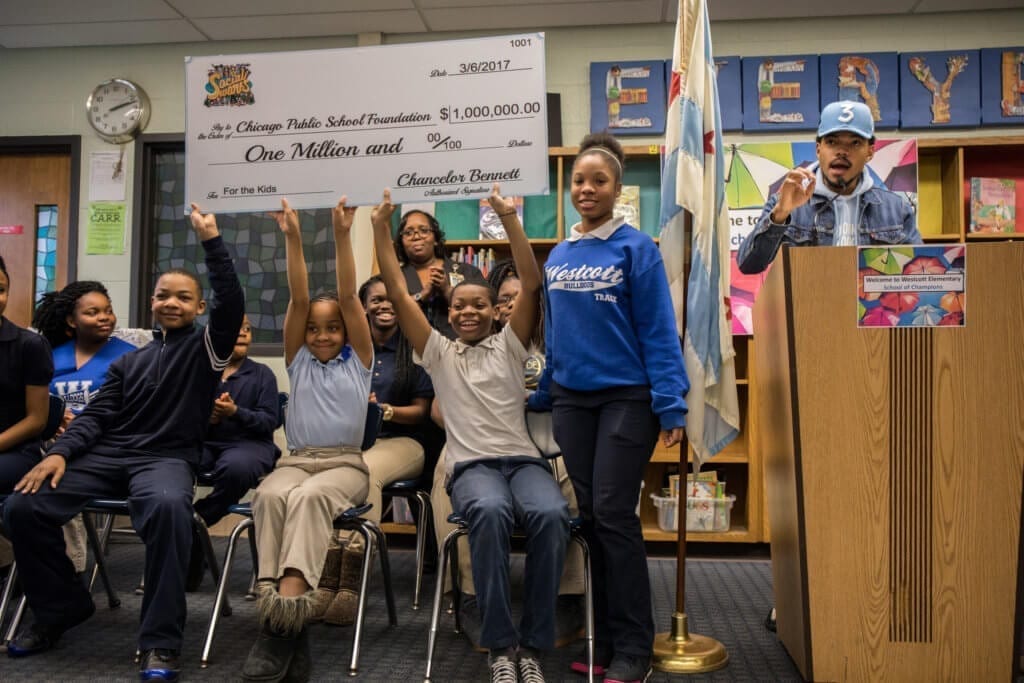 Premier Health Urgent Care, the only urgent care facility in the Southside’s Hyde Park neighborhood, and

Kido Chicago is a Chicago based clothing line for babies and toddlers. The brand features a

Fangirling over Eve L. Ewing is a new pastime if you’re an African-American female writing in

Premier Health Urgent Care, the only urgent care facility in

Kido Chicago is a Chicago based clothing line for babies